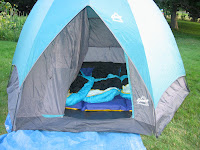 As planned, we set up our tent in the backyard last night, complete with airbeds and sleeping bags, so we could be ready for moon-watching.

We went to "bag" (well, you can't say we went to bed) shortly after ten, though that's early for all of us and we weren't really tired or sleepy. When I say "we", I mean K, S and me. Husband and oldest son drove east for about 7.5 hours yesterday, just to do a day's work, and I don't know whether they'll get back tonight or tomorrow. All I know is they are actually in another time zone - one hour ahead - Rocky Mountain time!!!

It took us some time to go to sleep. I was hoping I'd set the alarm on my watch correctly, because I didn't want to miss the eclipse. I had set the alarm for 2.45am but woke up about 2.20 and took a look outside the tent. The eclipse was already in progress so I woke the boys and told them to come outside. 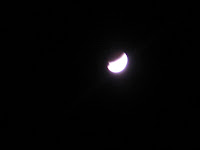 S was slow to wake up. He came outside, dashed into the house to use the bathroom, took a look at the moon, and went back to sleep! 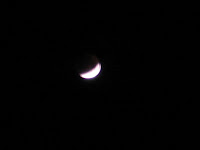 K and I sat on folding chairs, watching as the earth's shadow gradually obscured the moon. 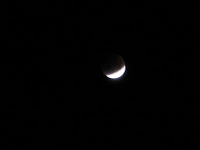 It was one of those experiences that makes you realise how tiny you are, that you're sitting on this massive rock in the middle of a vast emptiness...shiver... 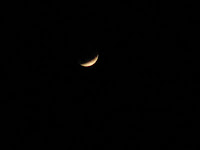 Thankfully, it wasn't too cold and I was able to watch the moon completely disappear before going back to my sleeping bag. 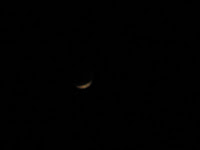 I didn't go back to sleep for ages. At about 4.30, I peeked outside again and noticed that the moon had reappeared.

I find that when sleeping in a tent, I am usually too cold or too hot. I eventually put on a hoody and was finally able to go to sleep. I woke at about 8am, too hot because the sun was on the tent!!

It occurred to me that in another week or so, this will be "reportable activity" for K and S. We are enrolled once again with Self Design and we will be reporting such educational events to our Learning Consultant each week. September is looming and I have to formulate their Learning Plans for the coming year. We've already had a conversation about this, but need to spend more time discussing what the boys would like to do and get it down on paper. I love that we can plan what the children WANT to learn and not be told by the school what they HAVE to learn.

My teenager is just registered as an independent homeschooler this year, which is appropriate as he IS an independent learner. He knows what he wants to learn and he goes ahead and does it. His computer knowledge is far beyond mine now and long gone are the days when he would accept me trying to "teach" him something.
Posted by Nicola at 09:31