I have mentioned that it was my paternal great-grandma that planted and nurtured the seeds of creativity and a love of handicrafts in me from my early childhood. Since I have recently been sorting through things in an ongoing effort to declutter, I came across some things I thought I would share with you. Gram was a very talented woman with needle, crochet hook, rug hook and especially with tatting shuttle. Today I thought I would share some of the beautiful pieces of needlepoint that she did at some point in her life followed by a couple of pieces that I worked. 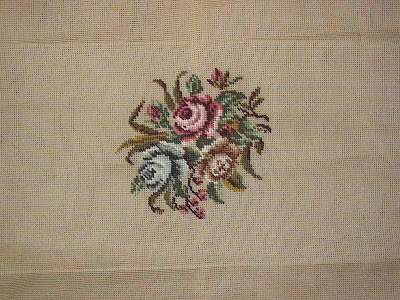 The roses above are probably my favourites - despite the fact the background canvas was never stitched in. I imagine this piece was destined to become a chair cushion, like many others she had done in needlepoint. 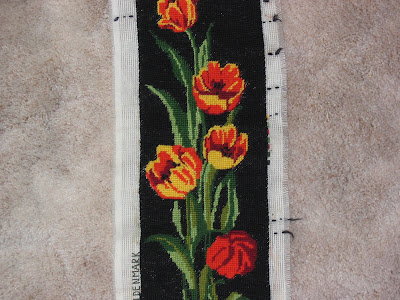 This vibrant piece awaits a frame as I intend to honour her memory by displaying her handiwork and enjoying such reminders of her. 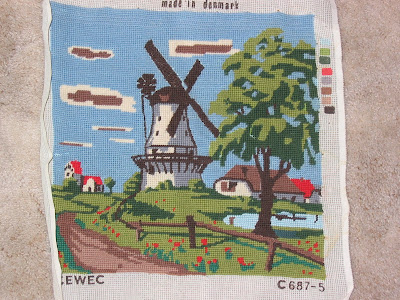 This windmill scene makes me laugh, because it is so like Gram. I think I've seen this same scene in a oil paint-by-numbers kit she did. I'm not quite sure what the attraction was to this particular scene with its simplistic palette and rendering. It does make me smile though. 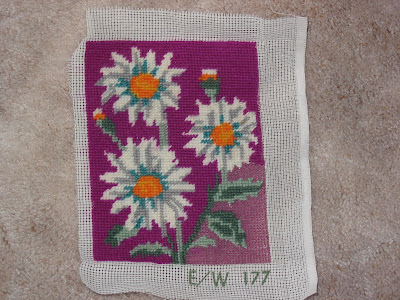 Here is one of the first needlepoint kits I ever attempted as a kid. Looks like I ran out of tapestry wool before I finished the background. ;o) 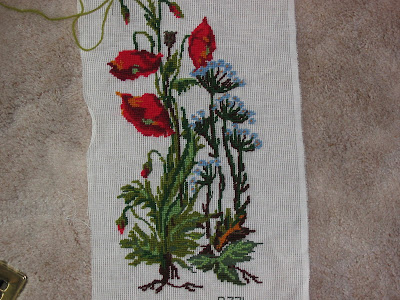 This kit was one of Gram's unfinished ones that I undertook to complete. It was part of a set, with the other being roses which I also completed. I had my husband build a frame for the rose piece and gave it as a gift to his grandma Rose, at least a decade ago. I guess I should do the background on this piece so that I can either frame it or turn it into a pillow.

I have other meaningful pieces to share with you another time. (Hoping I haven't bored you to tears with my trip down memory lane...) I am so happy to have the memories and mementos from a woman who meant so very much to me.

Labels: Nostalgia, Sewing and other crafts

Love that one of your Grandma's with the tulips, that would look great on display somewhere/somehow, bet you will come up with a great way to showcase it. I also love the one that you finished of the poppies, looks like you have been having fun this weekend. ;-)