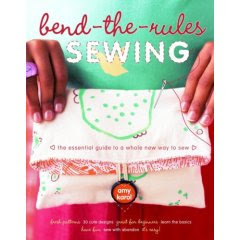 Here's the book and the actual project in the book that inspired me. 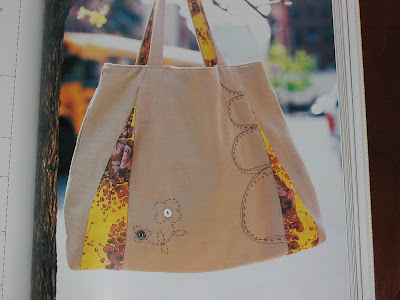 This is the vintage tablecloth made of linen, which I love. Sadly there is at least a half dozen randomly placed holes in it, meaning it was time to give the tablecloth a new lease on life. (Yep, out came my scissors!) 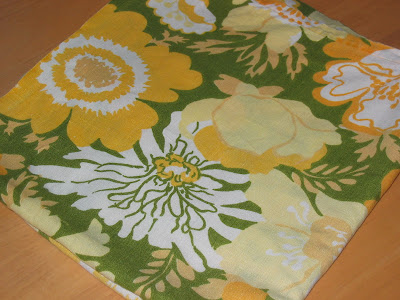 Voila! The tote made from thrifted cotton ticking for the lining, pleats and straps and the vibrant linen tablecloth for the main bits. 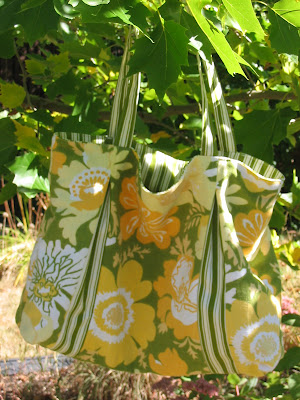 Now, I did try to make the straps according to Amy's instructions... but my linen was just too soft to make the narrow pressed straps, so I did some "bending of the rules sewing". The other noticeable change is on the interior pocket of my tote. I decided to add contrast to the top of the pocket instead of just hemming it. 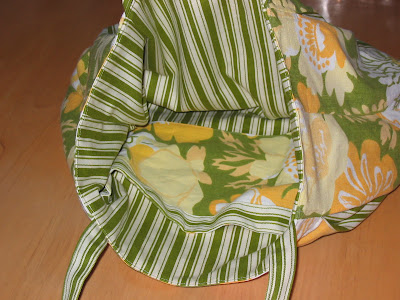 Even though my tote is lined I realized too late that my linen isn't as crisp as the one Amy used for hers, so my tote is rather floppy :o( Ah, well, a learning experience, I reckon.

You can call me Betty, or Bethany, or Beth ...Just don't call me late for dinner. said...

I am using my crafty esp and I predict:

The floppiness will be counteracted when it is overflowing with new projects ...

The colors and the fact that you used vintage linens mean that crisp or not: This bag is cute!

Your project fits the dream I know Amy had from the beginning with Bend the Rules: Just get in there and try sewing and make it work for you and your fabric. Sew there! Best wishes from the angry chicken's mom.

LOVE that bag! I think that tablecloth was just destined to become a gorgeous bag. That fabric is perfect!

V lovely bag, Katherine. Is this one for you to keep?

I love that bag.

I'd buy a bag like that - floppy or not. It's just that excellent.

Oh, thank you all for your lovely comments. Makes me glad I decided to post this project afterall. You see, even though I love the fabric and the style of the bag I wasn't completely satisfied with my results (it's really the floppiness that bugs me).

Rebecca, it just so happens that I would happily sell this bag to you if you're interested. I am considering opening an Etsy shop so I can sell such creations. I just love to sew and would love to share whatever I make.